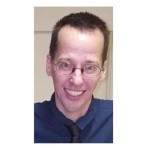 Douglas Rasmussen is a writer and academic with a Master of Arts degree in English literature from the University of Saskatchewan. His primary areas of research are Film Studies and contemporary American literature, and he has written on a number of subjects in film, music, and television.

BOOKS AND MOVIES BY DOUGLAS RASMUSSEN

Judge Dredd: America as a Critique of Unethical Police Practises

Recently Rebellion 2000AD Ltd collected a series of stories from the long running Judge Dredd “Democracy” storyline in a collection called Essential Judge Dredd: America (2020). In this collection, the stories “Letter from a Democrat”,… [more]

Judge Dredd and the Rise of the Police State