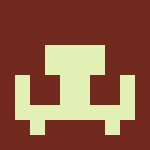 David Faust was born and raised in central Alabama. In 1999 he moved to South Korea where he works as an English teacher at Dongguk University in the historic city of Gyeongju. A life-long comics fan since he picked up a copy of World's Finest #269 in 1981, he would eventually go on to write his Master's thesis on Grant Morrison's Final Crisis and Seven Soldiers of Victory. His interests include mad science, rational shamanism, books that do his head in, and loud music. He is very proud to be a part of Sequart.org, a site he has been visiting regularly since 2007, and without which he probably couldn't have completed his research.

The Only Part I’ll Remember: The Dream States in Charles Burns’ X’ed Out Trilogy and Terry Gilliam’s Brazil

This article will attempt to explore of some of the obvious and not so obvious similarities of the dream imagery that appears in both the X’ed Out trilogy and Brazil and what that imagery represents.… [more]

The second volume of Casanova (issues 8-14 of the original Image run and collected under the title Gula) with art by Gabriel Ba’s brother Fabio Moon, picks up soon after the end of the first… [more]

Note: In my previous article on Matt Fraction, Gabriel Ba, and Fabio Moon’s Casanova, I examined the series in its relation to themes present in the fiction of Thomas Pynchon. This next series of articles… [more]

Maps to the Stars, Running to Paradise: Analyzing the Wild Palms Comic

If it’s even remembered at all anymore, Wild Palms is mostly known as the basis for an ABC network miniseries that attempted to combine the surrealism of Twin Peaks with the cyberpunk subculture, with decidedly… [more]

Twilight of the (New) Gods Part 2

Death as a Beginning. Both Ragnarök and Final Crisis begin with the unthinkable: the death of a god. For Ragnarök, it is the death of Baldr that signifies that something is very wrong in the… [more]

Twilight of the (New) Gods, Part 1

Introduction “This is the way the world ends…” William Blake. Ever since the moment humanity began to ask about its origins, we also began to wonder about our ultimate end, and what, if anything, comes… [more]

The Crying of Timeline 919: Casanova

In the backmatter for issue #1 of Casanova, (Image, June 2006) Matt Fraction compares the story to Phil Spector’s Wall of Sound production technique—where hundreds of different instruments and sounds are compressed down to a… [more]

Archetypal Fictional Universes and Hypertexts in Seven Soldiers of Victory

Introduction In his long career, Grant Morrison has written many different types of comics in numerous genres, but he is most known for his work on mainstream superhero titles. This article will attempt to explore… [more]

At times, reading Warren Ellis’ and Ivan Rodriguez’ unfinished story Doktor Sleepless, especially in single issues, can feel like showing up a day late to the party of the century. The vibrant community surrounding the… [more]