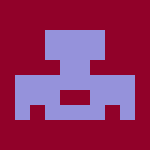 Brian M. Puaca is a Professor of History at Christopher Newport University in Virginia where he teaches a course on the history of comic books and American society. He has published several pieces on comics history, censorship, and pedagogy. He is currently completing an article focused on the creation of Captain America as an instrument to justify America's entry into the Second World War at a time of widespread isolationism. WEBSITE.

An unlikely 1949 brown paper schoolbook cover produced by DC Comics and distributed by the Institute for American Democracy (IAD) received a great deal of attention following the violent protests in Charlottesville in August 2017.… [more]