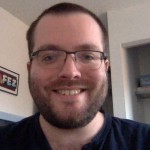 BOOKS AND MOVIES BY BENJAMIN HALL

Larry Nevin Should Never Have Been Taken Seriously, or Why the Super Sons Matter

DC One Million and Batman Beyond along with many other examples suggest that the concept of legacy characters and superhero parenthood can work. Yes, this ages the characters, but we have been stuck in the… [more]

Wonder Woman’s Origin is Clay to Be Molded

Wonder Woman is not an archetype. Actually let me rephrase that by saying her current origin of being Zeus’s (Greek God and serial cheater) progeny via an affair with Queen Hippolyte (Diana’s mother and hereafter… [more]

Can Shape-Shifters Change Into God-Like Beings?

The answer to the titular question is yes and no. However, in order to properly explain how I have come to this conclusion we first have to define the type of shape-shifter. There are the… [more]

The Champions: A Bridge Between Genres and Time

The Champions as term and footnote When most people hear of the term “The Champions,” they think of the iconic song created by Queen. Others think of the 1975-1978 Marvel comic series or various other… [more]