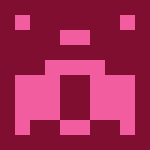 “Dare to look to the future”. Because we remember the past and we live in the present, we hold dear the future. We never know what tomorrow might bring and we love dreaming about adventures… [more]

Star Wars: From a Successful Film Franchise to One of the Greatest Hits in Comics

For some reason, I’ve never been a fan of film adaptations, much in the same way that I’m not a fan of videogames turned into comics, or TV series transformed into novels. In my opinion,… [more]