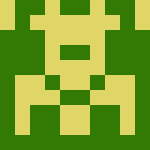 The story of Ferguson, an image of small town USA torn apart, unfolded through the media in increasing complexity. First, there were the tragic reports of a black, unarmed teenager shot six times, twice in… [more]

Power Fantasies: Superman, Jeffrey Baldwin and the Worth of a Publishing Brand

Jeffrey Baldwin was powerless. The five year-old had lived, and died, locked in a cold bedroom in the Toronto house where he was left unchecked after being removed from the custody of his parents. In… [more]