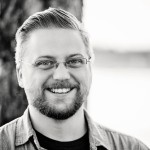 A.G. Holdier holds an M.A. in the philosophy of religion from Denver Seminary and currently teaches both ethics courses for Colorado Technical University and theology courses for a local high school. His research interests lie at the intersection of philosophy, theology, and aesthetics with a focus on the ontology of creativity and the imagination and the function of stories as cultural artifacts -- themes he has developed in publications on the problem of evil, animal ethics, Ricoeurian existentialism, and the philosophy of forgiveness, as well as for edited volumes on philosophical themes in Doctor Who, Superman V Batman, Jurassic Park, and the works of Jane Austen. His next tattoo will be a quote from The Silmarillion, and he'll be joining the philosophy department at the University of Arkansas as a graduate student in 2018.

Why You Shouldn’t Like Spider-Man: Homecoming, but Probably Do

What do armpits, a marketing campaign, and the United Nations all have in common? If you guessed “Wonder Woman,” then you’re close; more specifically, each of these things have been at the center of recent… [more]